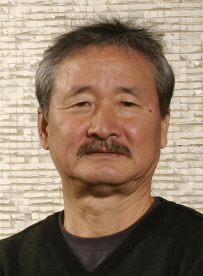 By applying or scattering paint on paper, Song Kwangik’s artworks resemble a sense of nature and history. Hanji, or Korean paper is made from the inner bark of paper mulberry; such material preserves the energy of wind and sunlight that engenders life. Song has a unique technique in using hanji: He first applies paint to the back of the paper in order to revive its serenity and plainness; furthermore, he respects nature by preserving the less saturated areas of hanji that is due to the natural entanglement of plant fiber, rather than filling them with paint. In this vein, Song sees materials more than mere lifeless objects.


When Song decides his artistic direction and execution, he devotes both consciousness and body to his work. In other words, Song becomes selfless and dissolves in his creative process; while the spiritual, temporal and spatial elements gradually interweave and become part of his delicate works. In Song’s artworks, every piece of hanji resonates with each other and thus creates unique vibrations between the gaps; while depending on one’s viewpoint and exhibition space, the multiple layers of hanji transform into infinite lines and planes. 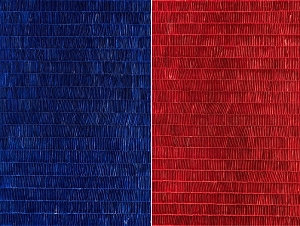 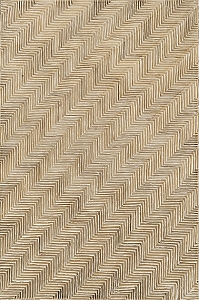 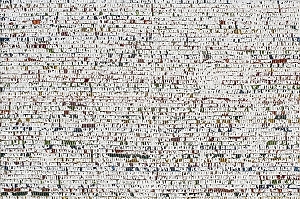 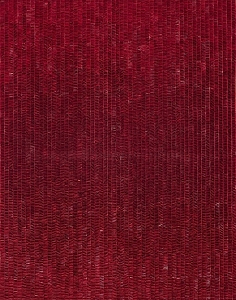 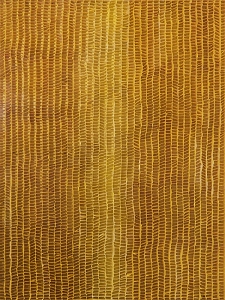 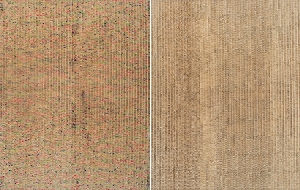 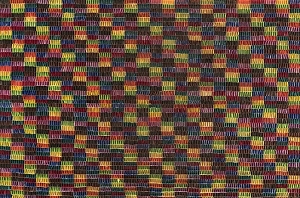